DRIVe Funding Opportunity #5 will be open for abstract submissions through 5:00 PM ET on March 31st 2022, unless otherwise extended.

During a chemical emergency, minutes matter and a rapid response is necessary to save lives. In partnership with the Chemical Medical Countermeasures Branch in BARDA, the DRIVe ReDIRECT program aims to partner with innovators to repurpose commonly available therapeutics to treat conditions resulting from exposure to chemical agents and enable a rapid response. 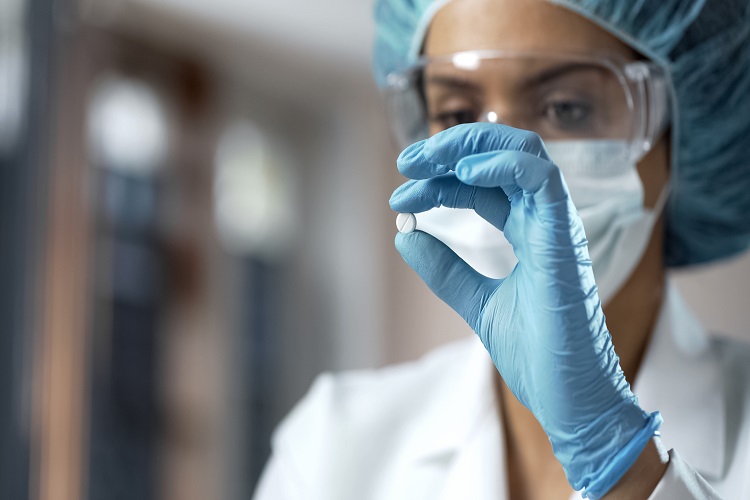 Chemical threats often occur without warning with injury or death often occurring shortly after exposure. Exposure can occur through terrorist attacks, industrial accidents, or transportation accidents, and require the rapid deployment of medical counter measures (MCMs) to minimize injury. The availability of effective MCMs against chemical threats are critical in the treatment of their acute health effects following exposures. However, centralized stockpiling in preparation for a chemical emergency – despite working well for some incidents – is often impractical for immediate deployment in response to these events where minutes matter.

Chemical threats often occur without warning with injury or death often occurring shortly after exposure. Exposure can occur through terrorist attacks, industrial accidents, or transportation accidents, and require the rapid deployment of medical counter measures (MCMs) to minimize injury. The availability of effective MCMs against chemical threats are critical in the treatment of their acute health effects following exposures. However, centralized stockpiling in preparation for a chemical emergency – despite working well for some incidents – is often impractical for immediate deployment in response to these events where minutes matter.

The ideal MCMs is easily administered in a mass-casualty situation and has rapid efficacy as a post-exposure therapy, however it needs to be easily accessible within hospitals, pharmacies, and the community. Drug repurposing, or label expansion, is a strategy that is used to identify new uses for FDA approved or late-stage investigational therapeutics that are outside of their original clinical indication. The identification of existing compounds for repurposing as MCMs holds the potential to expand current response capabilities to chemical threats, as well as potentially mitigating the costs and risks associated with conventional drug discovery. Repurposing drugs will ensure that these therapeutics are easily accessible during an emergency and reduce the reliance on centralized stockpiles or logistically-challenging forward deployment programs.

Goal: The BARDA Chemical MCM Program, in partnership with the Division of Research, Innovation, and Ventures (DRIVe), aims to identify early- and late-stage therapeutic candidates for development as MCMs against a range of chemical threats.

The ReDIRECT program is focused on repurposing therapeutics against any of the following agents:

Pulmonary Agents: Development of MCMs to prevent and treat lung damage (including pulmonary edema, pneumonitis, and fibrosis) resulting from exposure to agents such as chlorine, sulfur mustard and phosgene.

Opioids: Development of MCMs to treat life-threatening respiratory depression caused by opioid overdose. These post-exposure treatments should be quick-acting and effective against a variety of opioids, including synthetic opioids such as Fentanyl. Candidates should have a mechanism of action different from existing opioid receptor antagonists.

Vesicants: Development of MCMs that limit harmful aspects of exposure to vesicating agents such as sulfur mustard and Lewisite. Particular preference is given to drugs with potential to ameliorate the long term effects of exposure including Mustard Gas Keratopathy.

Blood/Metabolic Agents: Development of MCMs to treat acute poisoning from agents such as cyanides. Antidotes should be easily administered by first responders in personal protective equipment. Preference is given to those cyanide antidotes that are also effective against smoke inhalation-related exposure.

Nerve Agents and Organophosphorus (OP) Pesticides: Development of MCMs to treat life-threatening and long-term effects of nerve agents and OP pesticides. Antidotes should be easily administered by first responders in personal protective equipment.

Computational approaches to identify candidates for drug repurposing: Development of improved methods to rapidly identify FDA approved or late stage candidate compounds that can be repurposed against any of the aforementioned chemical threats.

What is out of scope of the ReDIRECT program?

The ReDIRECT program is NOT interested in the development of new drugs as medical countermeasures. We are however interested in reformulation of existing drugs that are approved in any country as long as there are no safety issues, the offerer has freedom to operate given the intellectual property status of the proposed therapeutic, and there is currently a clear commercial indication.

What is within scope of the ReDIRECT program?

The ReDIRECT program is only interested in therapeutics that are either (1) passed Phase 2 or are in undergoing Phase 3 clinical trials for their primary indications, or (2) FDA-approved for their primary indication. The purpose of the program is to repurpose existing therapeutics that are easily accessible in the community as medical counter measures.

Can ReDIRECT projects be awarded to academic, or do only companies qualify?

Yes, as long as the respondent meets all the requirements described in EZ=BAA, which includes a clear path to product/ technology development.

Can large companies apply to ReDIRECT?

Any entity can submit to ENACT via the EZ-BAA portal as long as they are registered with www.beta.SAM.gov.

An institution is currently allowed to submit more than one abstract on behalf of investigators, or teams. There is currently no limit to the number of abstracts received by an offeror. It is recommended that an offeror submit only their best products for consideration with the potential to radically transform Health Security.

Can companies/universities outside of the United States apply for ReDIRECT funding?

Yes. Applicants from outside of the United States are eligible to apply for funding. Please note though that U.S.-based manufacturing of the proposed solution will be prioritized.

Do universities also need to provide a 30% cost share?

Yes. Abstract submissions should include a cost-share that is within our target range of 30-50% minimum, unless you satisfy the regulatory exception described (included below for reference). Currently, none of the awardees under the DRIVe EZ-BAA have been awarded a contract that does not include a cost-share component below range, including all universities and non-profit organizations. Cost-share may be in-kind or cash contributions. It may also come from a third party investor/sponsor; however it is up to you to ensure you receive their contribution toward the proposed project. Many organizations offer to cover Overhead or Fringe Benefits. Some also offer pro-bono labor hours or sponsored equipment, materials, or subcontractor costs. A combination of all of the above could be acceptable. It would need to be indicated on a submission what is being cost-shared. In order to qualify for no cost-share under an EZ-BAA award, a respondent must show that there is "no probability that the respondent will receive present or future benefits from participation as described in Federal Acquisition Regulation (FAR) 16.303." Examples of present or future benefits include increased technical know-how, training for employees, acquisition of goods or services, development of a commercially viable product that can be sold in the commercial market and use of background knowledge in future contracts.

Is follow-on funding available once ReDIRECT-funded EZ-BAA projects are completed?

Projects completed under ReDIRECT funding are NOT guaranteed additional funding from any government source (including ReDIRECT). However, if a therapeutic demonstrates significant potential, additional funding opportunities may be available for advanced development through the BARDA Broad Agency Announcement.

The EZ-BAA abstract is so short. Can I include links to figures or references?

While you can include links to figures or references, it is not mandated that reviewers view that outside information. At this time, the abstract format does not accept any figures, only text.

What resources are available to applicants in technical and business development?

Can you submit more than once and on multiple targets?

Yes, potential partners are free to submit more than one abstract so long as those projects are discrete, stand-alone projects.

What stage of development for therapeutics does ReDIRECT consider?

It is preferred that therapeutics are either FDA-approved or in late stage Stage 2/3 clinical trials for their primary indication. Additional data to support the secondary indication as a medical counter measure against a chemical threat is preferred.

What options are available for proof-of-concept studies to demonstrate a therapeutics’ efficacy against a chemical threat?

See our Portfolio of Partners


For more information, or to set up a market research call, please contact us at chemrepo@hhs.gov